Did the Islamic State carry out the bombing attack in Bir Al-Abed, Egypt? 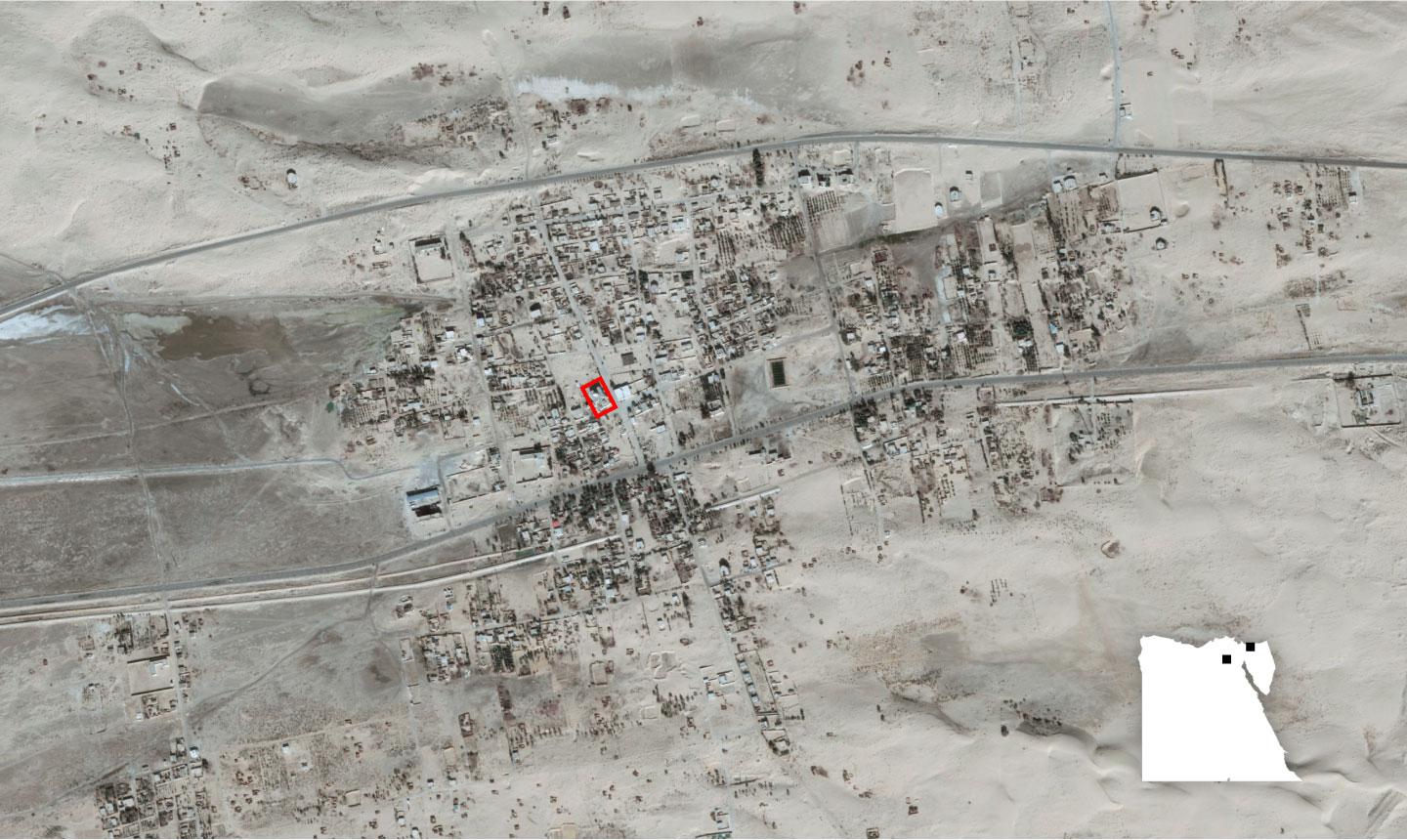 On Friday November 24th, a bombing attack occurred outside a mosque in the Al-Rawda neighbourhood of Bir Al-Abed, West of El-Arish city. The incident left about 305 people dead and another 128 injured, according to some sources. Some officials went so far to brand the attack as the “worst terrorist attack in Egypt’s modern history” . As such, this incident marks an escalation of violence in the Sinai Peninsula as Egyptian security forces have been battling extremist militant groups in the region for the past three years. However, no group has yet claimed responsibility for the attack, despite claims that suggest ISIS was behind it.

According to reports, some 25 to 30 unknown gunmen wearing military-style uniforms and masks carried out the a highly coordinated attack using automatic firearms and, at least one of them, was allegedly bearing the flag of the Islamic State in hand. A recall of events suggests that there was a first attack using a bomb that was probably denoted by a suicide bomber, which forced worshippers to flee the area. As people were scattered, unknown gunmen pulled out from five vehicles and opened fire towards the fleeing crowd. Furthermore, the gunmen set fire to cars parked in the area to make any escape more difficult and targeted ambulances as they were arriving on the site.

This recent attack sparks a shift in the tactics of Islamist militants in Sinai. Usually, mosques aren’t attacked in Egypt, rather groups like the Islamic State preferably targeted Egyptian security forces, as well as, Coptic Christian churches and pilgrims, like the bombing on St Mark’s Cathedral on April 15th. But this time it was a mosque that was targeted by the attack and it belonged to a Sufi order, which in effect, is an offshoot branch of Sunni Islam that is considered a more mystical form of worship. However, this movement is deemed as heretical by the Islamic State and other Sunni extremist groups because they revere saints and shrines, and so it assimilates to a form of idol worshipping.

As a response, the Egyptian President, Abdel Fattah el-Sisi, called on a three days of mourning to be held in remembrance of the victims. This is before he convened an emergency meeting with top security officials, including the minister of Interior, the minister of Defense and the Intelligence chief. Consequently,  President Sisi promised that “the military and the police will take revenge” and the Egyptian military fulfilled this promise by carrying out a number of airstrikes targeting militant positions in the mountainous areas of Bir Al-Abed. Nonetheless, the attack was a major security blow for the Egyptian government as it has been struggling with extremist activity in Sinai since President Sisi rose to power in 2013.

In this sense, President Sisi has been justifying a political crackdown in Egypt using a state of emergency since October 2014 to better combat Islamic extremists and guarantee security for the country. This hasn’t been the case, however, as some experts consider Sinai as suffering from an Islamist insurgency that only keeps on spreading. In 2014, the group Ansar Beit Al-Maqdis (now known as Wilayat Sinai) swore allegiance to ISIS and began a campaign, as did other groups, targeting Egyptian security forces in Sinai as seen by attacks such as the one on October 21st that was claimed by Ansar Al-Islam and left 16 casualties amongst police forces. But, in Egypt, people supported Abdel Fattah el-Sisi because he promised Egyptians security and so he must deliver on his promises if he intends to be re-elected next year.

Egypt’s strategy in Sinai, adopted since the ouster of Mohamed Morsi in 2013,  is failing and this latest round of violence needs to be a turning point for Sisi’s government. The Sinai Peninsula used to be considered as amongst Egypt’s most attractive tourist destinations “offering world-class resorts [on the Red Sea], rugged landscapes and incredible diving” but has now become known as a “terrorist hot spot.” In fact, in 2017, Sinai was confirmed to have suffered the second deadliest terrorist attack this year after the bombing on Oct.16th 2017 in Mogadishu, Somalia. This is mainly due to a sequence of violent terrorist attacks that shook the region such as the downing of Metrojet Flight 9268 on Oct. 31st 2015, which killed all 224 people on board.

The Peninsula has historically been affected by insurgency and lawlessness, especially in the aftermath of the Arab Spring. One of the reasons behind this is the lack in population density where there is a total of 1.4 million people living in Sinai. As such, according to some reports, “there have been more deaths from large-scale terrorist attacks in Sinai this year than there had been in any other country except for Syria, Iraq, Afghanistan and Somalia.” In addition, because of population sparsity in the Peninsula, most terrorist attacks “have been centered on the easternmost part of the North Sinai area”, where Wilayat Sinai is most active. Consequently, if the ISIS affiliate was indeed behind the attack on Bir Al-Abed then it should be considered as an attempt by the group to expand control over more territory outside “the traditional zone of conflict.”

As a response to the incident, the international community condemned the attack in Bir Al-Abed with personalities like President Donald Trump showed support for the Egyptian government. The UN Secretary-General, Antonio Guterres showed similar signs of support and called the attack  a “heinous and cowardly terrorist attack.” Moreover, on Nov. 23rd, the UN General Assembly approved an Egyptian-sponsored resolution stressing the importance of combatting terrorism to protect human rights. This further demonstrates how important it is for Egyptian national security to fight terrorism but as well as how important this topic is for the International community.

Even Hamas,  who is in open dialogue with Egypt over peace initiative with Fateh that it is sponsoring, issued a condemnation to the attack. In its statement, the group has heard calling the attack as “a blatant challenge to every Muslim across the world” and offered condolences.  It is widely believed that the Islamic State in Sinai regularly used the tunnels into Gaza to obtain weapons and medical supplies for its insurgency. For the Egyptian General Intelligence Directorate, expects greater control of these tunnels as an outcome of the Palestinian reconciliation efforts.

Therefore, Egypt must adopt a new policy for countering the threat of terrorism in the Sinai Peninsula as extending the state of emergency on Oct. 12th by Presidential decree does not contain nor decrease the threat of insurgency in the region. The Egyptian government has long been negating Sinai only paying attention to it when briefly mentioning it to celebrate its liberation from Israel. In general, Egyptian security forces have little-to-no presence in the Peninsula and are dismissive of local tribes, who are treated “with suspicion and hostility.”

It is not enough for President Abdel Fattah el-Sisi to procure advanced military equipment in billion dollar deals, including “German submarines, Russian combat helicopters, a French aircraft carrier and a military satellite.” Sinai presents difficult conditions for a conventional army to operate in as it is characterized by “a vast terrain of desert and mountains, with long shorelines.”  Also, since the fall of Qaddafi in Libya back in 2011, the country’s stockpiles of weapons were transported to the rest of the Middle East. Coupled with the influx of battle-hardened Jihadis from Syria and Iraq it becomes clear that there is no military solutions for the Sinai Peninsula.
Instead of a policy that concentrates on winning the hearts and minds of the residents in Sinai and initiating development projects for the benefit of the region, the Egyptian government has, since Mubarak, practised a strategy of “arrest, torture, jail.” This strategy is no longer viable and to the contrary, it only worsened the livelihoods of residents in Sinai and rendering them targets for terrorist recruitment. Thus, President Sisi must drift away from Mubarak’s policies and seize the opportunity to make local tribes allies in the fight against terrorism as they hold both knowledge of the terrain and possess influence in the area.